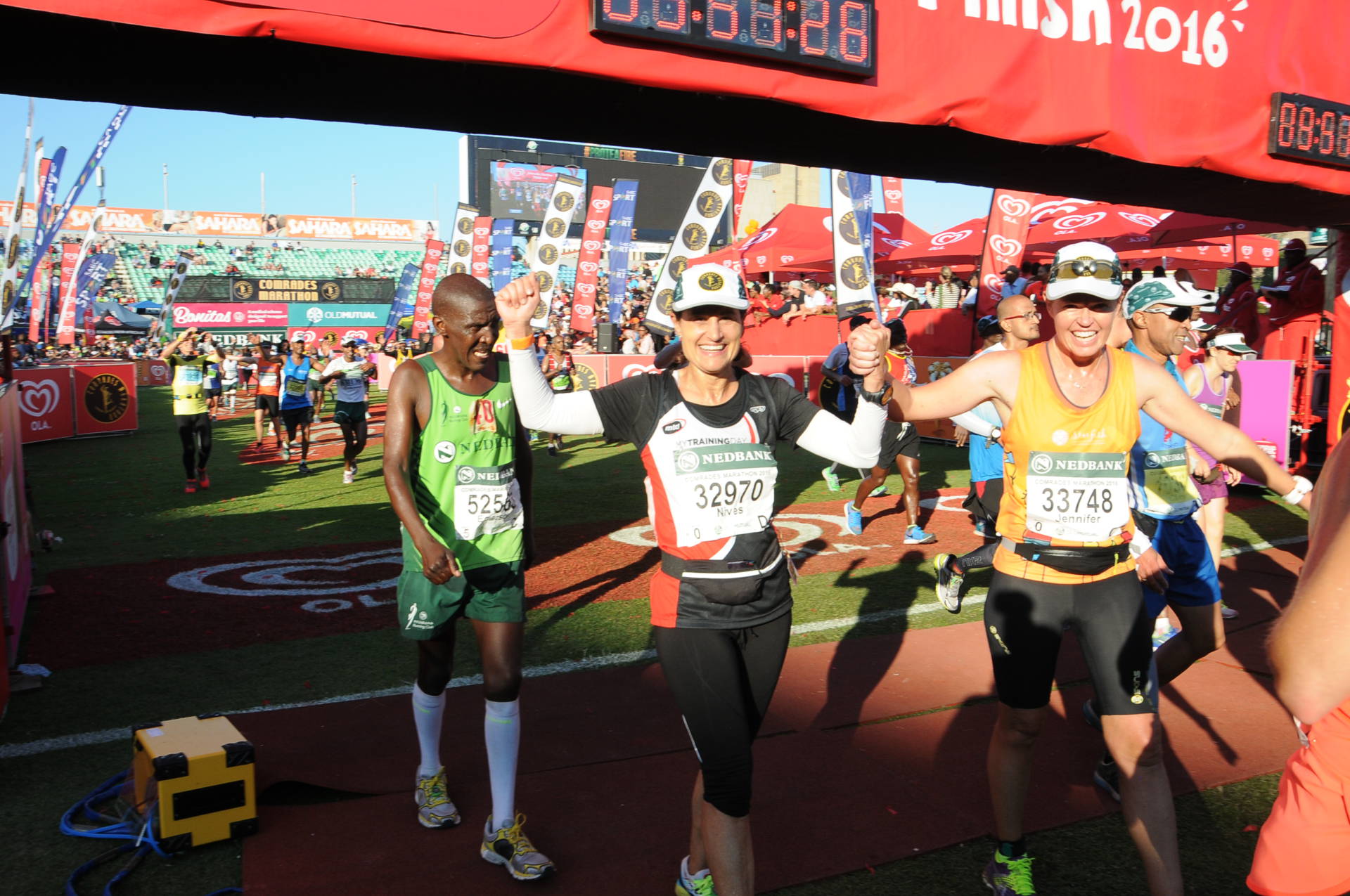 I started training with Barbara Daw when I was 34 and had just had my third child. I had recently relocated from Johannesburg and was going through a major stressful period. Barbara started working with me and we began an 8-year-long training program. The goal was fitness, building muscle, and working on a better posture, not necessarily weight loss. Weight training, cardio, core. Barbara’s primary focus is her client – no-one is more invested in your health, weight and well-being. She is there with you at all times – present in the moment; always looking at your form, your posture, and assessing how much she can push you. Her first question is always “How are you?” followed by “How’s your eating been?”

We started talking about running and Barbara persuaded me that it would be a good and quick way to get fitter. We started with a walk-run program and with Barbara’s patience and encouragement, and the Truworths Ladies 10km race as my goal, my fitness improved. Race day: together we achieved a sub-60 minutes – one of the best feelings I have had. After that, alongside the weights, cardio, core, and pilates, running was something I did as a matter of course.

The point to this testimonial is not about my achievements, there are many others who have achieved much, much more. It is about starting small and doing it consistently. It’s about doing something every day. It’s about always having goals. it’s about having someone to be there to support you initially: if Barbara was not there waiting for me to show up I would not have gone to gym, nor run that first 10km race. It’s about being able to do these things in middle age, and be able to get better and thereby build strength for when you grow older.